via Dog Pics — Friends with Puppies
CAT JUST HAD TO SHARE!! So Sweet xoxo   Y’ALL Need to Visit this BLOG!

Couldn’t Have Done It Without All My Readers, Friends, and New Visitors Asking For More Authors and All Their #BOOKS! THANK YOU!

You all know Cat pretty well. If I come across something literary I feel is worthy of sharing? Then I will!

Please, authors, if you are going to be a writer and publish your books of romance suspense novels? Don’t act out your storyline and characters in REAL LIFE!

Actually though, not funny but ironic as someone in real life died… The Author’s Husband by her hands. I feel a new book in the making…CAT 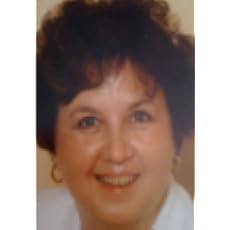 About The Author:  Nancy Brophy grew up reading and writing. Her imaginary friends have rich lives and less self-doubts with stories that have beginning, middles and happy ending all within four hundred pages. She lives in the beautiful, green and very wet Northwest with her husband, two naughty dogs, PB and J, and forty rowdy chickens.

Novelist Who Penned ‘How To Murder Your Husband’ Essay Charged With Husband’s Murder.

(Nancy Crampton-Brophy has been charged with the murder of her husband, Daniel Brophy. She is the author of romantic suspense novels and, in a 2011 blog post, outlined various motives and methods of killing a husband. Credit: Portland, OR Police Bureau and NPR and The Oregonian)
. 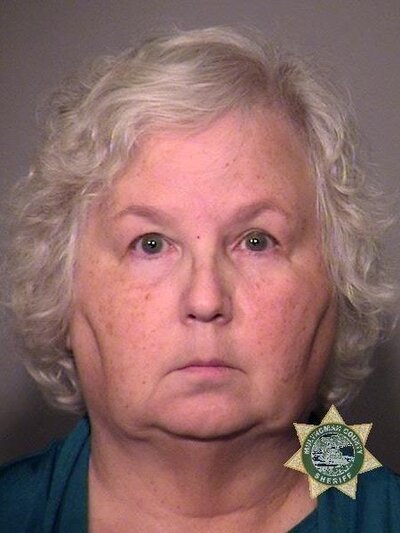 Last week, police in Portland arrested 68-year-old Nancy Crampton-Brophy. She is charged with the murder in the death of her 63-year-old husband, chef Daniel Brophy.

At 8:30 a.m. on June 2, police and medics arrived at The Oregon Culinary Institute after students and instructors arriving for class found Brophy suffering from a gunshot wound. The first responders attempted to revive him but weren’t successful. In a press conference that day, police said that they were investigating the death as a homicide and that they had no immediate suspects.

Crampton-Brophy is a self-published author of romantic suspense novels, many featuring chiseled ex-Navy SEALs — books with “rugged men, strong women, and a good story,” she touted on her website. There she described her home life — part of which read like the satisfying last pages of a romance novel:

“I live in the beautiful, green, and very wet, Northwest, married to a Chef whose mantra is: life is a science project. As a result there are chickens and turkeys in my backyard, a fabulous vegetable garden which also grows tobacco for an insecticide and a hot meal on the table every night. For those of you who have longed for this, let me caution you. The old adage is true. Be careful what you wish for, when the gods are truly angry, they grant us our wishes.

“… I can’t tell you when I fell in love with my husband, but I relate the moment I decided to marry him. I was in the bath. It was a big tub. I expected him to join me and when he was delayed, I called out, ‘Are you coming?’

“His answer convinced me he was Mr. Right. ‘Yes, but I’m making hors d’oeuvres.’ Can you imagine spending the rest of your life without a man like that?”

But in 2011, for a blog called See Jane Publish, Crampton-Brophy wrote an essay titled “How to Murder Your Husband.” (The post is no longer public.)

“As a romantic suspense writer, I spend a lot of time thinking about murder and, consequently, about police procedure,” the post read. “After all, if the murder is supposed to set me free, I certainly don’t want to spend any time in jail. And let me say clearly for the record, I don’t like jumpsuits and orange isn’t my color.”

The essay described a range of possible motives for murdering a husband, ranging from avoiding the financial hit of a divorce to infidelity by a “lying, cheating bastard,” and even the possibility that the wife is a professional contract killer. It also weighed the pros and cons of different methods: “Guns — loud, messy, require some skill. … Knives — really personal and close up. Blood everywhere. Eww.”

She warned against committing a crime of passion: “Most of the time there is a trail that leads directly to you. Each type of murder leaves clues. A crime of passion does not look like a stranger was involved.”

The couple had been married for 27 years, according to The Oregonian, and were reportedly inseparable. Brophy was a lead instructor at the culinary institute, where he was remembered as “the resident encyclopedia of knowledge” with “offbeat sense of humor and creative approach to teaching.”

The day after her husband’s death, Crampton-Brophy posted an update to Facebook.

“I have sad news to relate. My husband and best friend, Chef Dan Brophy was killed yesterday morning. For those of you who are close to me and feel this deserved a phone call, you are right, but I’m struggling to make sense of everything right now,” she wrote. “While I appreciate all of your loving responses, I am overwhelmed. Please save phone calls for a few days until I can function.”

But a neighbor, Don McConnell, told the Oregonian of an odd interaction with the widow. “She never showed any signs of being upset or sad,” McConnell said. “I would say she had an air of relief like it was almost a godsend.” He asked whether the police had been keeping her updated. “She said, ‘No, I’m a suspect,’ ” without emotion, McConnell said.

The news was a jolt to others. “It’s a big shock. It’s a big shock,” Brophy’s mother, Karen Brophy, told The Washington Post. “But we’re not making any statements.”

“Everyone that knows her, especially those close to her than myself are sick at heart,” Anna Brentwood, a writer who says she has known the couple for two decades told the Oregonian. “We are hoping the police are wrong and just going after the easiest target.”

At a candlelight vigil a week after his death, Daniel Brophy was remembered as being gruff on the outside, compassionate underneath. Attendees recalled a cow costume the instructor used with Velcro labels to illustrate cuts of beef.

The costume was hand-sewn by Crampton-Brophy, who spoke of her late husband. “He loved teaching, he loved mushrooms, and he loved family,” she said, according to the Portland Tribune. “Not only was life a science experiment, but sometimes it was an adventure.” Near the end of the blog post imagining how and why to kill one’s husband, Crampton-Brophy wrote that she finds “it is easier to wish people dead than to actually kill them.”

“I don’t want to worry about blood and brains splattered on my walls. And really, I’m not good at remembering lies. But the thing I know about murder is that every one of us has it in him/her when pushed far enough.”

Crampton-Brophy was arraigned in Multnomah County Circuit Court on Thursday. The judge approved a request by prosecutors to seal the court document outlining the case against her. She wore a blue jumpsuit.

BUT WAIT, READERS!!… Here is the CRAZY PART of this…I went to her Facebook page here Author, Nancy Brophy and her Readers are leaving her Supportive Posts for her there??? WHAT? This lady shots here husband and readers are supporting her? WOW! Now I have seen and READ it all! Now I am not a heartless person, but you are supporting a murderer, people.

There is also another Facebook page; Remembering Daniel Brophy by her husbands’ co-workers of “The Culinary Institue” in Portland, Oregon. Let’s remember a man died in this tragic event. I guess will see if Nancy is or is not his killer as she moves through the court proceedings. Yes, I know, Innocent until proven Guilty…

“I just heard on the radio here in Arkansas that Chef Brophy was shot and killed at the culinary school I attended. He was an amazing man, teacher, and friend. He and his class are the best memories I have when I think back on my time there. Flavors of the World taught me so much about spices, herbs, and of course, mushrooms. You will always have a special place in my heart and you will be missed by so many culinarians that you influenced in your life and theirs.”
42.052611 -124.283982

Light The BBQ’S and Grab A Great Book and Enjoy This Memorial Day Weekend Everyone!! 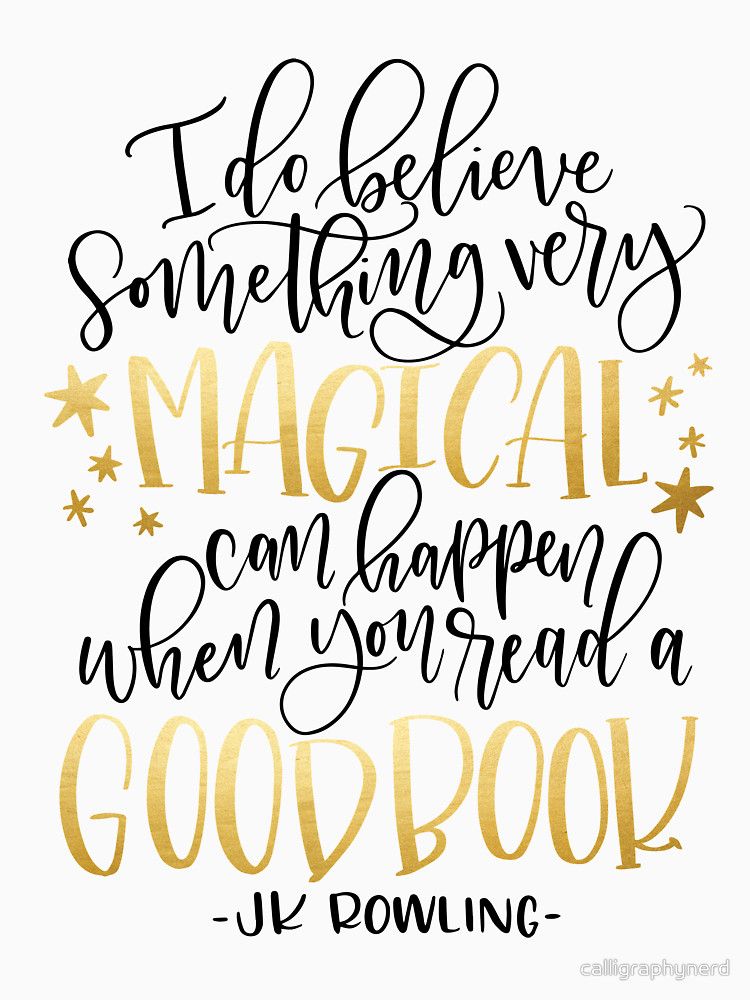 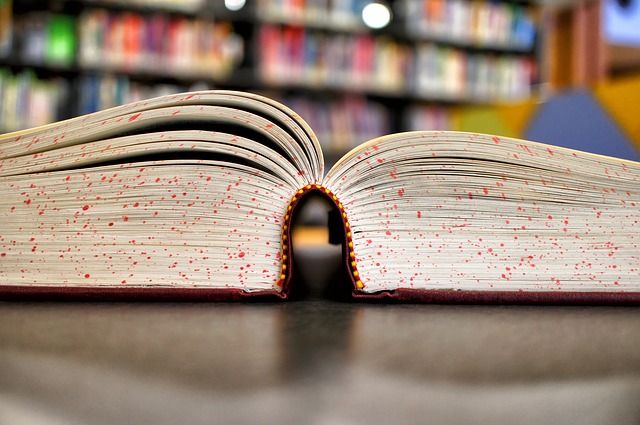 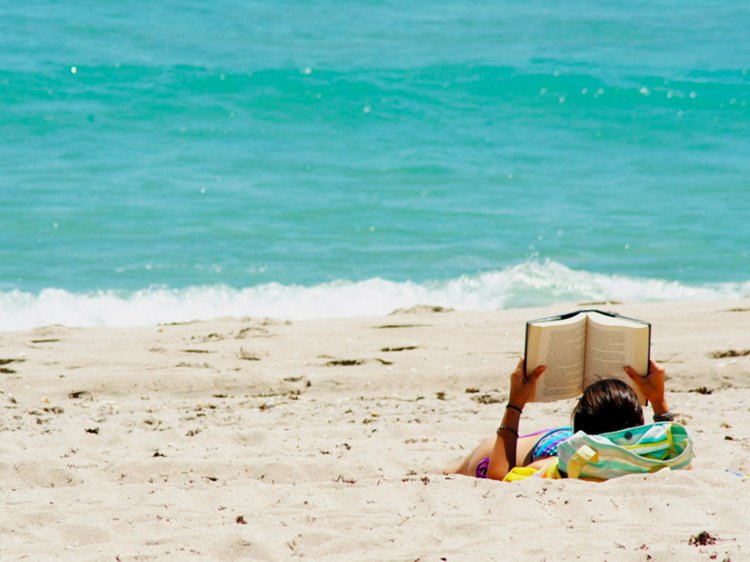 “I met Himanish through Facebook as he “Stalks” one of my Fabulous Award-winning Authors I book promote for named Adriana Gavazzoni. I think he is in love with her, or many he is Cray-Cray about her “Hidden Motives” Trilogy just as I am.”

He is a NetGalley reader, is on Goodreads, and on Amazon Reviews Ranking! 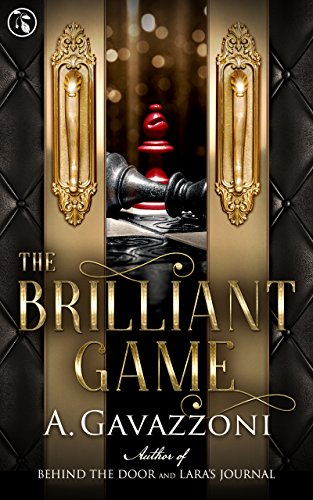 The Brilliant Game (Hidden Motives Book 3)
Never Seen This Ending Coming!
Never Saw The Ending Coming and Wow, What A Fabulous Finale of This Trilogy!

I’m a complete Delhitte, born and brought up in Delhi, India. I’m a creator, an innovator, an artist, an avid reader, an engineer, believer and most of all curious about almost everything happening around. I am a completely logical person wanting to find and understand the logic behind everything. If I didn’t get the logic I definitely will not believe. I am a fighter, no matter how complex the situation is, I know I can deal with it because I trust three people in my life My Family, My friends…, and most of all in me.

I love to shoot in still or motion photography whenever I get chance to create it. Distilled, Night, Amber, Nature, Abstract, City, People,  any kind of photography. Love to visit different exhibitions of photographs and paintings. I just love the work in category People by “Sean Archer, Dmitry, Fedor”, Landscapes by Marvin Sobas, Photo Shoot expert Joël Bear and Night Photography expert Tanner Wendell Stewart…, and many more… So come visit my website: “Himanish Prabhakar.”

I read a lot then review books and post about them on my FB Book & Author Review Page, GoodReads, and Amazon. I write about food and restaurants on Zomato and my Food FB Page.

So come meet Himanish the Avid Reader and visit his website Today!

Our Marketing Clients/Friends We Represent